The importance of tracking biodiversity in the urban environment

Workman recognise the value of monitoring and protecting urban environments within the property sector. This is why Workman is proud to partner with organisations such as the Natural History Museum, whose research into biodiversity loss can help us better understand the impact humans are having on our planet and what we can do to help protect it.

The Natural History Museum has recently developed the Biodiversity Trends Explorer, a tool that uses robust, scientific data from the Museum to show changes in biodiversity across the past, present and future.

The first indicator available in the Biodiversity Trends Explorer is the Biodiversity Intactness Index, which uses “abundance data” on plants, fungi, and animals from around the world to show how local, terrestrial biodiversity is responding to human pressures such as land use change and intensification. 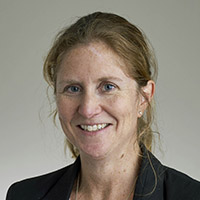 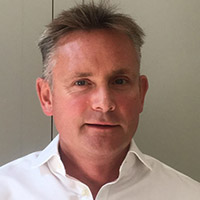 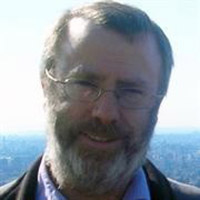 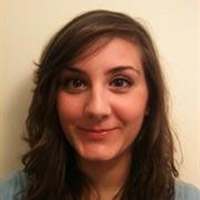 VC: How will the Biodiversity Trends Explorer project work to help track biodiversity in the UK?

Andy Purvis: The UK has among the best biodiversity monitoring in the world, both because we have relatively strong environmental protections and because we have so many people who are knowledgeable about the species that live here. But even here, most groups of species aren’t monitored systematically and hardly any monitoring schemes go very far back. As a result, the picture from monitoring can be very skewed and we also don’t get a sense of just how poor the state of nature in the UK actually is.

The Biodiversity Intactness Index – the first indicator that the Biodiversity Trends Explorer provides – estimates, across all the terrestrial ecosystems in an area, how much natural animal, plant, and fungal biodiversity has been retained in the face of all the land-use change and intensification that’s happened over very many years.

Through statistical analysis of a global database we’ve devised, of over 40,000 sites and over 50,000 species, it can be estimated how terrestrial ecological communities respond to such pressures, together with up-to-the-minute data on land use and related pressures. The breadth of coverage means that the index is hopefully representing biodiversity in a very broad sense, rather than just particular groups that have the best data but which probably aren’t typical. Another advantage of this indicator is that we can make projections of how biodiversity will change in future, depending on how we choose to manage the land – that can let decision-makers weigh up alternatives, and hopefully make nature-positive choices.

Adriana De Palma: Biodiversity – the variety of life on earth – provides us all with a number of benefits that are essential for a healthy and happy life. Biodiversity provides us with clean air and water, healthy soils, food and fuel, and can even help support people’s physical and mental health. When the biodiversity intactness of a system gets too low, it becomes increasingly harder for these fragile  systems to provide the many benefits we rely on; the system is likely to be more sensitive to unusual events, like droughts, and will probably bounce back far less quickly from such shocks.

Andy Purvis: People often think of biodiversity as a luxury, something that’s nice to have but not really something that we need. But that’s wrong – dangerously so. Biodiversity is where most of our supply chains start: they depend on ecosystems continuing to work well. It’s only going to become more important as we move away from fossil fuels, as we’ll have to source more and more of our goods from ecological systems that we manage. Systems with higher biodiversity intactness give us a wider range of side-benefits in addition to the crop or commodity we’re managing them for. They store more carbon, provide better natural pest control, contribute more to soil fertility, regulate freshwater more – and they do all of those things more reliably, even when there’s environmental change.

Adriana De Palma: We need to understand how we got to where we are now if we are to improve biodiversity in the future. Knowing how shifts in agricultural practices and urban development have driven biodiversity change in the past allows us to come up with alternative solutions for protecting biodiversity going forward.

Andy Purvis: First, it shows us the scale of the problem – what’s our baseline today? And second, the same models that show us where we are now can predict how today’s choices decide where we will be in 2030 or 2050. Biodiversity models are like a sat-nav we can use to navigate a route to where we want to be. Other indicators are more like looking out of the rear window – they tell you where you’ve been but aren’t so useful for getting you where you’re going.

VC: Why is biodiversity important in urban areas and why is it important that we track this?

Adriana De Palma: Biodiversity supports human life everywhere. Since the majority of the people on the planet live in urban areas, protecting biodiversity in these spaces is essential for ensuring high quality of life. Biodiversity is particularly important in these areas for combatting air pollution and even mitigating against climate change. Covid lockdowns have also highlighted just how important high quality green space is for people’s physical and mental health. But as well as protecting biodiversity, we should also be ensuring that everyone has fair access to biodiversity and the benefits that it provides.

Andy Purvis: Urban biodiversity is the nature that most people actually see – worldwide, most people now live in towns and cities. The Dasgupta Review of the economics of biodiversity highlighted that people have become increasingly disconnected from nature, which is both bad for them and bad for the chances that we will value nature highly enough. Encouraging more nature into urban areas helps people to reconnect with it, to benefit from it and to care about it.

VC: What can we do at the properties that we manage to mitigate against biodiversity loss, especially in urban areas?

Adriana De Palma: There are a number of ways to enhance biodiversity at the property level. Whether it is an office with small rooftop space or a retail park with a large, landscaped area, there’s always room for nature. Some ideas include using plants with a range of flowering times, so that they can support pollinators throughout the year, or even removing some of the manicured lawn for a more biodiversity-friendly environment – perhaps by planting low-growing, flowering herbs, adding wildflowers, or even just letting a section of the lawn grow without weeding or mowing. If space allows, adding some deadwood to support beetles is also a great idea. In general though, avoiding pesticides, fertilisers and uniformity is a good start.

VC: How can biodiversity be made more robust and sustainable in the face of increasing human population and land use?

Adriana De Palma: As well as trying to enhance biodiversity, we should also be trying to enhance the diversity of habitats in the landscape too. When there’s more variety, there are more potential areas for species to retreat to when needed. For instance, when there’s a flood, species might need different spaces and different things to feed on than when there’s a drought. This is in part why uniformity – whether that’s just all the gardens in a neighbourhood being flattened and grown with the same grass mix, or farms becoming larger and growing a single crop – is in many ways the enemy of nature.

JH: What are the main obstacles to improving biodiversity in urban areas?

Adriana De Palma: Historically, the UK was known for its beautiful front gardens filled with all sorts of plants and flowers. Not all of these plants were good – a lot of our most damaging invasive plants were introduced this way – but in general, it meant that there was a lot of variety in resources for animals to use throughout the year. In the past few decades however, homeowners have begun paving over their front gardens to make way for cars and lots of land (including many school playing fields) has been sold for new developments. So one of the biggest obstacles is that there is simply far less undeveloped land to work with. But, there are ways to make even an office car park a little more biodiversity-friendly!

Andy Purvis: There’s not enough resource for changes like establishing micro-parks that involve local communities. The Government’s move towards mandatory ‘Biodiversity Net Gain’ for all development in England is welcome, but does not go far enough. Planning regulations should require real net gain for biodiversity.

JH: Are there any key species or habitats which you would like to see more of in towns and cities?

Adriana De Palma: In general, I’d simply like to see people connecting a little more with nature on a daily basis. For instance, it is becoming more and more common for people to grow some of their own food – as seen with the rise of rooftop allotments at offices and shopping centres – but this activity could be further encouraged. If it is done with nature in mind, by avoiding pesticides and inorganic fertilisers, then growing your own food can have multiple benefits. Food crops often attract a variety of birds and insects; people can depend that little bit less on conventional agriculture, which is one of the biggest drivers of biodiversity loss and climate change; and it can connect people with the importance and beauty of nature and improve mental and physical health.

Andy Purvis: I agree completely that it’s the connection that matters most. Cities and towns would ideally have a diversity of types of green space, so there’s something for everyone. I also think that city farms can help people to see the importance of nature in everybody’s lives, showing us that food does not really come from supermarkets.

JH: To what extent is funding an issue, are there alternative funding models that could improve the current situation?

Andy Purvis: Funding is definitely an issue. The current economic model prioritises financial and manufactured capital over social, human and natural capital. That means that activities that increase the first two on that list at the expense of the other three are profitable, and contribute to GDP growth, even if there’s no net increase in capital overall. Because it’s not yet possible to accurately estimate the true financial value of natural capital, it would be much harder to set up a very accurate “nature tax” than setting up a carbon tax would be.

Given that, I think the best solution is to insist that natural capital is not reduced further – to regulate so that nature-positivity is a requirement. We really need the innovations in how to restore biodiversity that that regulation would spark – things like green walls, micro-parks, nature-friendly lighting. Regulation like that would align profitability with sustainability, and it’s the misalignment between those two things that has caused the global biodiversity and climate crises.

Workman is a proud partner of the Natural History Museum’s Urban Nature Project. An ambitious project that will transform the Museum’s five-acre gardens in South Kensington into a welcoming, accessible and biologically diverse green space in the heart of London, and generate an urban nature movement across the UK.

The Urban Nature Project will develop the scientific tools and skills urgently needed to monitor, understand, and protect urban nature.

To find out more about the Urban Nature Project visit the Natural History Museum’s webpage.